Home Things To Do Ancient East Castlemartyr Resort in Cork sold for €20m to owners of Sheen Falls... 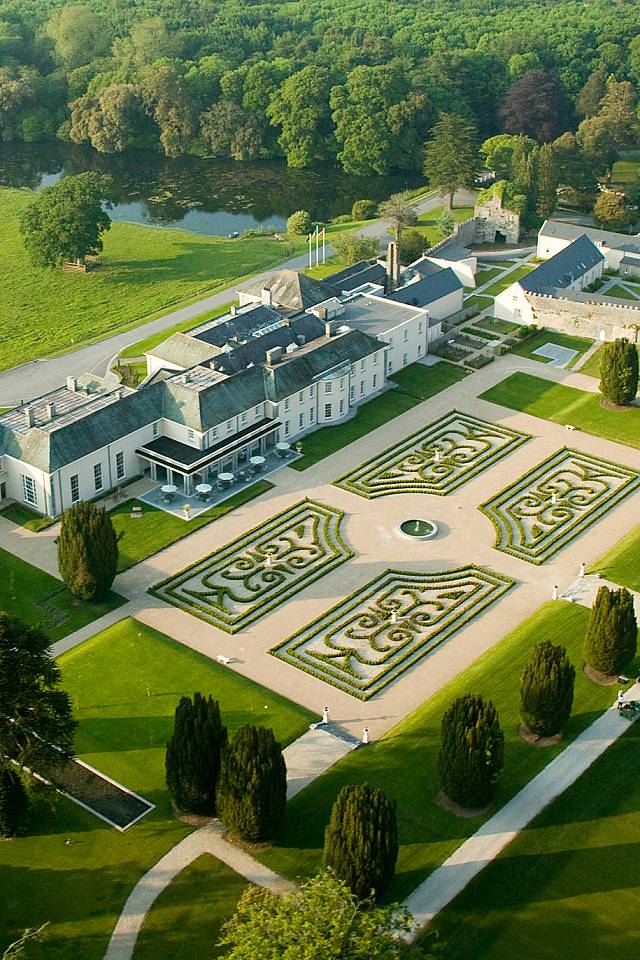 The owners of the Sheen Falls Lodge, near Kenmare, in Co Kerry, have purchased the five-star Castlemartyr Resort in Co Cork. The sale price was not disclosed but is believed to be about €20 million.

Singapore-based Stanley Quek and Peng Loh have acquired the resort, to add to an Irish portfolio that includes Sheen Falls and the Trinity Townhouse Hotel in Dublin city centre.

Castlemartyr Resort employs 250 full- and part-time staff in high season and is one of the biggest employers in the area. Staff were informed of the deal early on Tuesday.

Opened in 2007 with 109 bedrooms, at a cost of €70 million, Castlemartyr is set on 89 hectares (220 acres) of gardens and woodlands. It comprises a 17th-century manor house connected to a glass-fronted contemporary wing that includes a spa, fitness centre, a 20-metre swimming pool, a ballroom and conference facilities.

Within the manor house, there are 11 suites and a 60-seater Bell Tower fine-dining restaurant. There is also a restored chapel in the house, which is now used as a cocktail bar.

The sale includes an 18-hole golf course designed by Ron Kirby. The course includes a modern clubhouse with dressing room facilities, a restaurant and a shop.

Also included in the deal are 38 self-catering cottages and lodges, a mix of two- and three-bedroom properties, which are targeted towards families and golfers. The property was sold by the family of the deceased Chinese businessman, Zhenxin Zhang.

A major investment programme is now planned to refurbish the common areas, bedrooms and grounds starting with the manor house.

Latest accounts for Castlemartyr show it made a loss of €902,680 on a turnover of €10.5 million in the year to the end of March 2020. This was just before Covid-19 lockdown restrictions closed the Irish hospitality sector.

The Castlemartyr Resort was previously owned by British businessman and hotelier Martin Shaw, who bought it for close to €14 million in 2015.

Commenting on the transaction, Mr Quek said: “We are very excited to be the new owners of Castlemartyr Resort. This is a very significant purchase for us and demonstrates our commitment and confidence in the Irish hospitality market. It is a beautiful country property, rich in history, and is an important employer and amenity in the local area.”

Mr Loh added: “Over the past five years, we have actively sought opportunities to add Irish hotels to our portfolio. Castlemartyr is a wonderful addition. It is an easily accessible hotel for the domestic and international market, with much charm and many attractions. We look forward to ensuring the continued success of the hotel.”

Mr Quek is a former medical practitioner who studied at Trinity College Dublin. He has extensive business interests from Sydney to London. He was the honorary consul general representing Ireland in Singapore from 1994 to May 2000 and is chairman of The Ireland Funds Singapore.

The resort was developed by the Supple family. Guests have included Bruce Springsteen and former US president Bill Clinton.

Things to see and do in Wicklow

It is all about the outdoors this Summer with Birr Castle...

“A day in the life of” Pat Ó Súilleabháin General Manager...