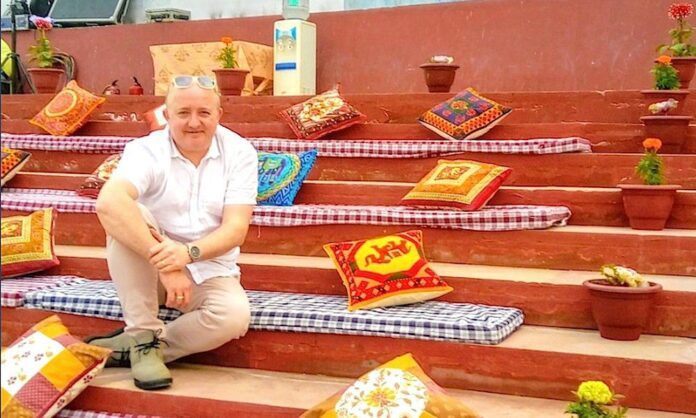 FlyCruiseStay.com founder Declan Hughes has been honoured for his contribution to eco-tourism at the 16th annual International Ecotourism Awards.

Speaking at the awards in the Turkish city of Tokat, the Limerick entrepreneur said he was “truly humbled to be honoured in this way.”

“We are merely keepers of the flame for the next generation – and if we don’t act today to tackle climate change, we will deny visitors in the future the opportunities that we have been given to explore this beautiful earth.”

While attending the international eco-tourism conference, and speaking to the assembled audience of government and industry figures, Mr Hughes took the opportunity to showcase what Limerick and the rest of Ireland has to offer.

His presentation included details of Limerick’s designated status as Gateway City to Ireland’s Wild Atlantic Way and the new 40km Greenway as well as ecotourism initiates around Ireland, such as the release of 100 white-tailed eagles into the wilds of Cork and Kerry.

A self-confessed travel addict who has visited more than 100 countries, Mr Hughes is a member of the International Travel Writers Alliance – the world’s largest association of professional travel journalists, travel writers, editors, broadcasters and photographers.

FlyCruiseStay.com is one of the world’s largest online interactive travel websites and was the recipient of the LUX Life Magazine Best Online Travel Agency 2019 and was listed in Irish Tech News IoT Awards 2017 as one of the Top 100 IoT companies in Ireland.

“A day in the life of” Michelle Jackson, Author, Travel Writer...

Things to see and do in Wexford