Home Things To Do Ancient East Tipperary, Things to see and do 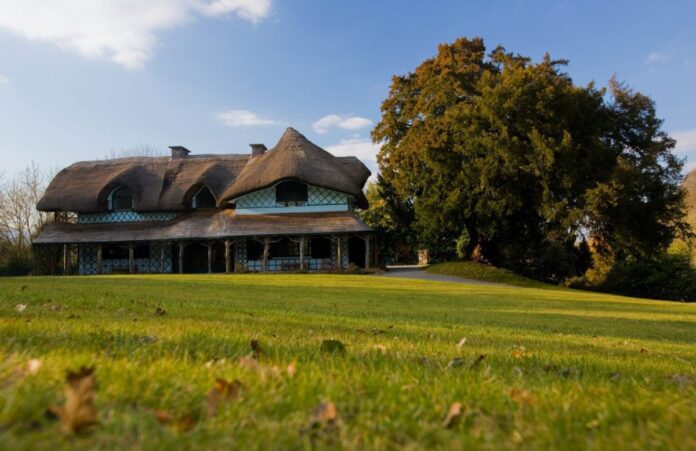 A place steeped in sporting heritage

In sporting terms, Tipperary’s heritage is without equal. The town of Thurles, complete today with a 53,000-capacity stadium, was in 1884 the birthplace of the Gaelic Athletic Association, Ireland’s largest sporting organisation and one of the great amateur sporting associations in the world. The county is particularly associated with the 3,000-year-old game of Hurling, which today still attracts an 80,000 plus attendance and a global TV audience for its national showpiece, the All-Ireland final. With over 70 clubs, in Tipperary, the GAA also promotes Gaelic Football; its most played sport and one Tipperary also excels at, as well as Handball, Rounders, Ladies Football and Camogie (similar to hurling but played only by women). The Association also promotes traditional Irish music, song and dance.

Tipperary is internationally famous for another sport of giants: horse racing, the ‘sport of king’s’. With trainers based throughout the county, its most famous stable of all is Ballydoyle, which was founded by one of the sport’s greatest ever trainers and winner of multiple classics Vincent O’Brien. His stud has been taken over by the equally incomparable Aidan O’Brien. The county also has a global status for breeding, with Coolmore Stud the largest exporter of thoroughbred horses in the world.

And there’s more; with a strong tradition in rugby and soccer/football, boasting internationals in both codes today as well as greyhound racing, athletics, golf, angling, mountain biking, road cycling, etc

Cahir’s awesome castle enjoys a river-island site with moat, massive walls, turrets and keep, mullioned windows, vast fireplaces and dungeons. Founded by Conor O’Brien in 1142, and passed to the Butler family in 1375, it’s one of Ireland’s largest castles. In 1599 the Earl of Essex shattered its walls with cannon fire, an event explained with a large model. With a huge set of antlers pinned to its white walls, the Banqueting Hall is an impressive sight; you can also climb the Keep.

A 15-minute audio-visual presentation puts Cahir in context with other Irish castles. The buildings within the castle walls are sparsely furnished, although there are good displays, including an exhibition on ‘Women in Medieval Ireland’. There are frequent guided tours.

THE ROCK OF CASHEL

The Rock of Cashel is one of Ireland’s most spectacular historic sites: a prominent green hill, banded with limestone outcrops, rising from a grassy plain and bristling with ancient fortifications. Sturdy walls circle an enclosure containing a complete round tower, a 13th-century Gothic cathedral and the finest 12th-century Romanesque chapel in Ireland, home to some of the land’s oldest frescoes. It’s a five-minute stroll from the town centre up to the Rock, from where fantastic views range over the Tipperary countryside.

The word ‘cashel’ is an Anglicised version of the Irish word caiseal, meaning ‘fortress’ (related to the English ‘castle’, from the Latin castellum). In the 4th century, the Rock of Cashel was chosen as a base by the Eóghanachta clan from Wales, who went on to conquer much of Munster and become kings of the region. For some 400 years, it rivalled Tara as a centre of power in Ireland. The vast medieval cathedral was used for worship until the mid-1700s. Among the graves are a 19th-century high cross and mausoleum for local landowners, the Scully family; the top of the Scully Cross was razed by lightning in 1976.

But the undoubted highlight of the Rock is the early 12th-century Cormac’s Chapel, an exquisite gem of Romanesque architecture with beautifully carved doorways and the precious remains of colourful wall paintings.

Tipperary Racecourse is one of Ireland’s leading tracks. It’s 3km northwest of Tipperary town and has regular meetings during the year; see the local press for details. The course is within walking distance of Limerick Junction station. On race days there are minibus pick-ups from Tipperary town; phone for details.

A 30-minute walk along a riverside path from Cahir Castle car park leads to this thatched cottage, surrounded by roses, lavender and honeysuckle. A lavish example of Regency Picturesque, the cottage was built in 1810 as a retreat for Richard Butler, 12th Baron Caher, and his wife, and was designed by London architect John Nash, creator of the Royal Pavilion at Brighton. The 30-minute (compulsory) guided tours are thoroughly enjoyable.

The cottage-orné style emerged during the late 18th and early 19th centuries in England in response to the prevailing taste for the picturesque. Thatched roofs, natural wood and carved weatherboarding were characteristics and most examples were built as ornamental features on estates. The cottage was restored in the 1980s under the direction of Irish designer Sybil Connolly.