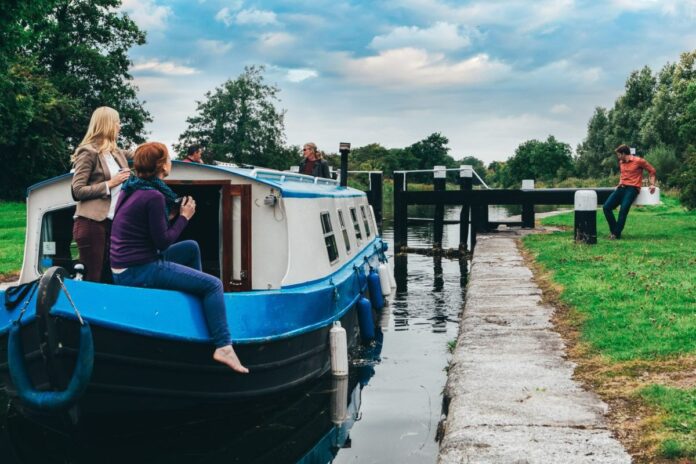 To The Waters And The Wild

“Picture yourself in a boat on a river,” as The Beatles said. The soothing lap of the water against the hull; a gentle bob as the water moves up and down; the sound of a ripple breaking against the bow, and on either side of you trees or fields, or the happy sounds of people passing on foot or bikes. Tempting, isn’t it?

Exploring Ireland’s canals and navigable waterways is one of the best ways to really slow your pace as you enjoy your holiday, and a phenomenal way to see Ireland’s Ancient East from a brand new perspective. And it’s a lot easier and more affordable than you might think!

Our canal network is centuries old, and was built with the express intention of being shared by people and by goods. For an island as well-watered as Ireland, it was the most obvious solution for moving large loads, and one they were completed, our canals became the economic lifeblood of the east.

Most of the country’s canals were built with the express purpose of connecting the Dublin region to the River Shannon, which is the longest river in Ireland or Britain. The Shannon stretches from Cavan, in Ulster, all the way to its broad estuary between County Clare and County Kerry, where it flows into the Atlantic. At their height, an extensive network of canals criss-crossed the province of Leinster, linking to one another and to an equally vital network of navigable rivers. This system of canals, rivers and locks made it possible to move large volumes of goods from east to west (and vice versa) through the midlands without having to brave the rough seas off the west coast.

Nowadays, the network is much reduced and almost exclusively used by people who want to get away from the hustle and bustle, and the traffic, of speedier transport. However, they’re so popular that work continues on opening up more and more of the old waterways.

Our two most famous canals are also the most impressively named: The Grand Canal, which was completed in 1804, and the Royal Canal, immortalised in the song The Auld Triangle from Brendan Behan’s play The Quare Fellow. The Royal Canal was completed in 1817. Both fell into disuse through the early part of the 20th century, but in recent years they’ve been extensively restored and are both almost back to their former glory. They’re noted for outstanding scenery and the variety of towns, villages and landscapes through which they flow.

BOX: The Royal Canal was one of the most expensive projects ever undertaken in Ireland, and went massively over schedule and budget due to a combination of poor planning and bad luck. It took 27 years to build, and was declared officially open from the centre of Dublin to the River Shannon once again in 2010.

On your way along The Grand Canal and the Royal Canal you’ll see phases of Ireland’s history from ancient times right through to the 21st century, following in the wake of high kings and vikings, warriors, traders and travellers. Round Towers, castles, ancient sites, groves of mighty trees, the broad, gently rolling fields of the midlands and the stunning natural beauty of Ireland’s waterways and countryside guide you along their lengths.

The canals are administered by Waterways Ireland, an all-island authority dedicated to maximising the potential of our canals and navigable rivers. You may prefer to cycle or hike along the banks, but of course, the best way to experience them is by boat. Barges and smaller craft such as punts and kayaks can be hired along the length of the canals, and you can even hire a replica viking longboat at Lough Ree. For an extra special treat, consider getting nine of your friends to join you for the trip of a lifetime on board the Shannon Princess, a floating gourmet restaurant for hire, taking in Lough Ree and Lough Derg! 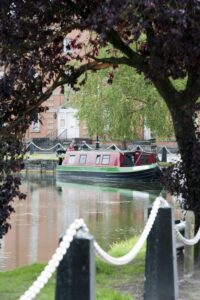 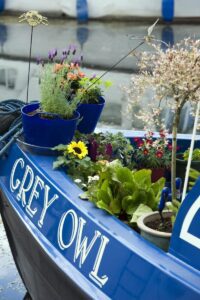 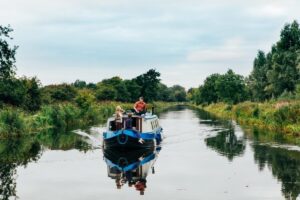 Things to see and do in Westmeath

Mayo – One of the Wild Atlantic Way’s most scenic counties…