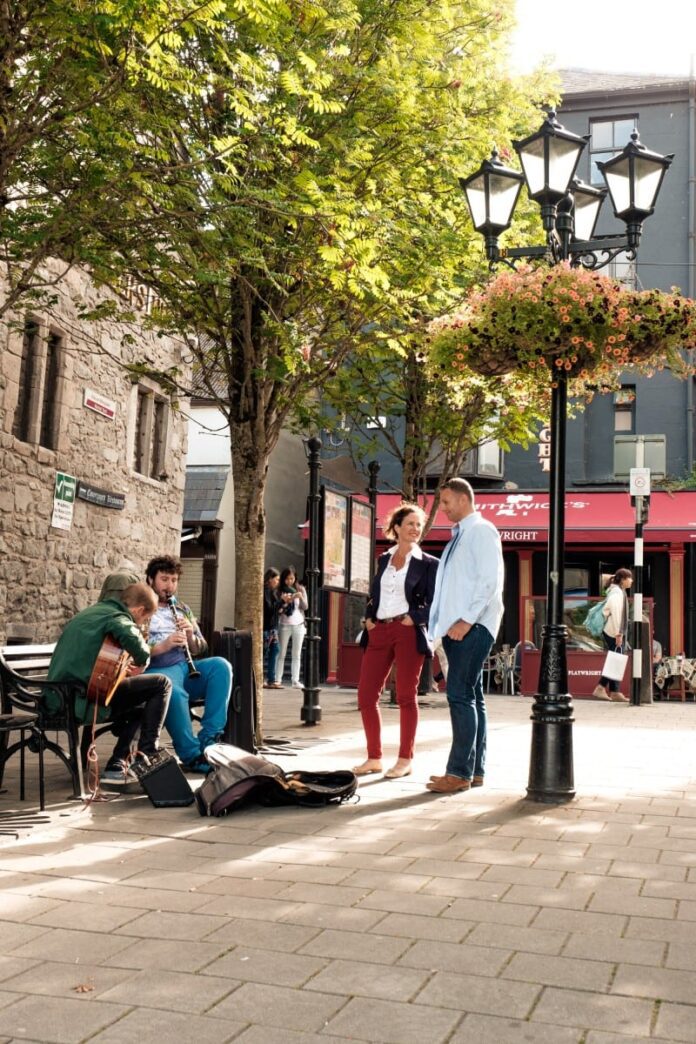 If you find yourself in Kilkenny for a weekend, why not delve into a world of intrigue, magic and mystery. Here are our top picks for the marble city

Where can you purchase a 12th-century castle for £50? Only in Kilkenny. The city’s famous Norman castle was home to the Butlers of Ormonde for nearly five centuries, before the 6th Marquess of Ormonde offered it to the city of Kilkenny for £50 in 1967.

A tour will bring you to the Picture Gallery, and around the nooks and crannies of the library, with its psychedelic colour scheme. Don’t feel like doing a tour? No problem: 500 years of history is condensed into a 12-minute film in the Medieval Room in the South Tower, and it’s free – you only pay to go in to the rest of the castle!

The ancient Irish game of hurling has long links with Kilkenny – go on the Cats! The county’s team colours – black and amber – are often seen flying on flags from every passing car, and in every window. If you want to get under the skin of the sport, then hook up with The Ultimate Hurling Experience Tour. Rated five out of five on TripAdvisor, the tour gives a great insight into the game of hurling, which according to tour guide Jim Croke, has been called “a mixture of ice hockey and murder”.

After a quick explanation of the rules, you’ll be brought to an impeccably manicured pitch, and given a genuine ash wood hurley stick to try your hand at the game. The hard, leather-stitched ball is known as a sliotar – enjoy it, and good luck!

The Black Abbey, built in the 13th century, is a world of candlelit serenity. It features the largest rosary window of its kind in Ireland, containing an astonishing 10,000 pieces of ruby and sapphire glass. Telling the story of Jesus Christ and his life, it is absolutely breathtaking.

Just a short distance from Black Abbey is Rothe House and Garden, a restored 16th-century Tudor home. Recently, archaeologists found the remains of an earlier Medieval townhouse (thought to be the “city pad” of the Abbot of the nearby Duiske Abbey). History has shown that this guy lived pretty well – dinners of swan and steak, all washed down with a favourite Bordeaux wine. He certainly had style!

The origins of Smithwick’s Brewery date all the way back to 1231, when a few thirsty monks discovered ale when trying to purify water. Fast forward through 300 turbulent years of penal laws, world wars and poverty, and the brewery fell into the hands of the Smithwick family. The rest is, as they say, history, and this pale ale was being shipped worldwide by the 1800s.

The story of Smithwick’s is told in full at the Smithwick’s Experience Kilkenny. Walk through the original St. Francis’ Brewery, discover the story of the beer, and finish your time off with a pint. You’ll be thirsty after your long walk through history!

And don’t miss the National Craft Gallery at Castle Yard, previously home to the stables and coach houses of Kilkenny Castle, where you can watch clay workers in action, or have a go yourself!

September 9, 2021: Cork Airport is investing over €40 million between 2020-2022 to upgrade and enhance critical infrastructure to get ready for strong growth...

Get ready! Great Blasket Island job posting for 2021 to go...