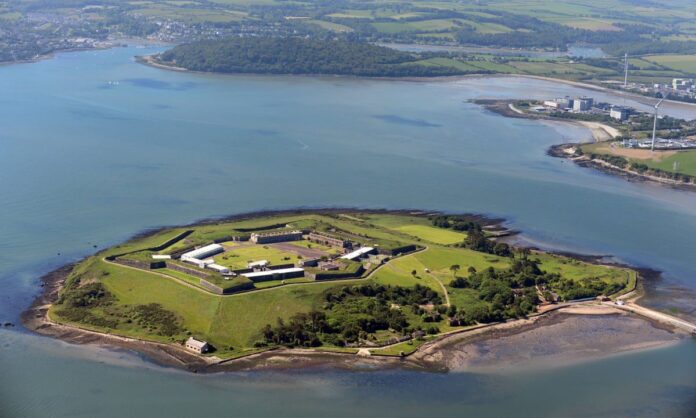 2021 is a big year Spike Island, as the island will commemorate the centenary of a War of Independence prison that opened in 1921.  The ‘Military prison in the field’ on Spike island was opened to house Irish rebels engaged in a bloody War of Independence, that raged from 1919 to 1921.  As many as 1200 prisoners and internees were held on the island, with over 500 at any one time.  The island, which is run by Cork County Council, is planning an exhibition dedicated to the lives of the Irish rebels.  It will contain the history of the prison, over 130 photographs of the men, a newly discovered audio recording of a prisoner made in the 1980s, and new artefacts on display like diaries written and signed by the prisoners.

The exhibition aims to give a deeper insight into the minds of the rebels, who risked their lives for the cause of Irish freedom.  It was a deadly, dangerous act to ‘levy war against the King’, and those arrested knew the risk they were taking.  Most would remain on the island until the very end of the year, even after the truce between Ireland and Britain was announced.  Spike island would return to its role as a British military barracks, and incredibly it stayed in British hands until 1938, despite Irish Independence in 1922.  Winston Churchill, who had visited Cork harbour in 1911, saw the supreme importance of the harbour to the defence of the realm.  He would fight fervently to keep it in 1921, and again in 1938, but he was unsuccessful on the second occasion.  The island became home to the Irish Army and the Navy, from 1938 to 1985, before a ‘modern’ prison opened from 1985 to 2004.

In the 1921 prison, there were riots, hunger strikes and daring escapes, and not all would leave the island alive.  The prison would close in November of that year, months after a truce was agreed, and Ireland won its freedom.  The island hopes to welcome as many visitors to the island as possible to commemorate the anniversary, Covid conditions allowing.  Island Manager John Crotty said “It is difficult to know what this summer will bring, but a repeat of 2020 seems to be on the cards.  The island was heavily impacted by the necessary reductions in capacity, welcoming over 50% fewer visitors than in 2019.  Regardless of the reduced numbers, we will proudly commemorate the bravery of the freedom fighters who fought for Irish independence, risking their lives”.

Ireland’s favourite beach resorts: where to eat and what to do...

Our “A day in the life of” Interview today is...