Tonight the wind is sharp,

I fear not the fearsome Norse

Hunting across the waves

“From the fury of the Northmen, O Lord deliver us!”

Ireland has had a love/hate relationship with the Vikings for well over a thousand years. Back when Ireland truly was the land of saints and scholars, the riches of its monasteries didn’t go unnoticed by the ferocious invaders from Scandinavia, and they descended on our coasts with depressing regularity. Though they weren’t averse to ransacking pretty much anywhere, their favourite targets were the large, rich centres of Christian learning, from which they carried off gold, jewels, leather, textiles and slaves.

Naturally, this didn’t endear them to the natives, but as time went on, the Vikings began to realise there was more to Ireland than terrified monks and their precious possessions. Eventually, the raiders began to establish permanent camps, which grew into settlements, which grew into towns, some of which became cities. At the very heart of the largest towns and all of the cities on the east coast lies a testament to the Vikings who put down roots, and stayed here.

Waterford is the oldest city in Ireland, and was founded by Vikings in the late 8th or early 9th century on the south bank of the Suir. Dublin was founded by the Vikings not long afterwards, at a spot that now lies under Wood Quay, though the rivers Liffey and Poddle had been home to Viking encampments long before that. Kings Island, in Limerick City, became a Viking stronghold at about the same time. Cork, previously an isolated monastic settlement hidden among marshy islands on the River Lee, was a thriving Viking settlement by the 10th century, at a spot now covered by a car park at the end of South Main Street.

In fact, everywhere you look along the coast of Ireland’s Ancient East you’ll find reminders that we owe much of to these fearsome invaders. Large port towns like Wexford, Youghal and Arklow (of these, only Youghal bears an Irish name), and towns along the River Shannon like Loughrea, all owe their origins to them. You can even see it in the people of Ireland: to this day you’ll see more tall, blonde, blue eyed people as you move from the Atlantic coast towards the Irish sea.

This clash of civilisations has led to some of the greatest stories in Irish history, including that of the mighty Brian Boru, known as The Last High King, who was slain after the Battle of Clontarf, near Dublin, in 1014. He had won the fight against the combined might of the armies of the Vikings Sitric Silkenbeard, Sigurd of Orkney and Brodar of Mann, and the traitorous Irish King Maol Mórdha Mac Murchadh, but was killed by Brodar as he prayed in his tent that night. His victory, however, broke the power of the Vikings in the east and restored Gaelic Irish culture for generations.

Our Viking heritage is maintained not only in our place names  and in some of Ireland’s oldest buildings (Christ Church Cathedral in Dublin was founded by the same Sitric Silkenbeard who fought Brian Boru, for instance), but also in the heritage and surnames of today’s Irish people. The surname O’Loughlin, means “descendant of the Vikings” from the Irish word for the seafaring scourge themselves: na Lochlannaigh. MacDougal, Doyle and MacDowell each comes from the Irish for “dark (in the sense of ‘accursed’) foreigner” or directly from Dugilla, a 10th century Viking lord of Carlow. MacAuliffe means “son of Olaf” and MacManus means “son of Magnus”. Other Viking names you’ll notice in Ireland’s Ancient East include Cotter, Gould, O’Rourke, Higgins (originally ‘Vikingr’: “the Viking”), Broderick, Dowdall, Kirby, Hendrick or Hendrix, Hewson and more. 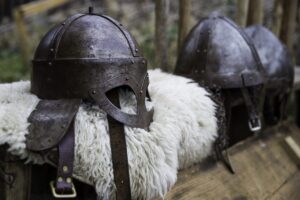 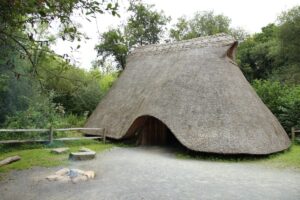 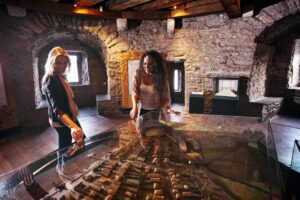 Claire Craig is a Senior Account executive with The Irish Times with responsibility for a diverse portfolio of clients ranging from hospitality, pharma, finance...

Pamela is the creator of the revolutionary beauty brand Moxi Loves. Moxi Loves is the hottest name in the industry and is bringing innovative, clever,...

“A day in the life of Vivienne O Keeffe, CEO at Anu Ventures Ltd...

Vivienne O’Keeffe is the CEO at Anu Ventures Ltd, a VC firm where she is fostering a diverse and inclusive culture and is expanding her team...

“A day in the life of” Michelle Jackson, Author, Travel Writer and Broadcaster

Michelle Walsh Jackson is an Author, Travel Writer and Broadcaster. She has written seven best-selling novels and one non-fiction title. She is frequently heard as...