Home Counties Cork Things to see and do in Cork 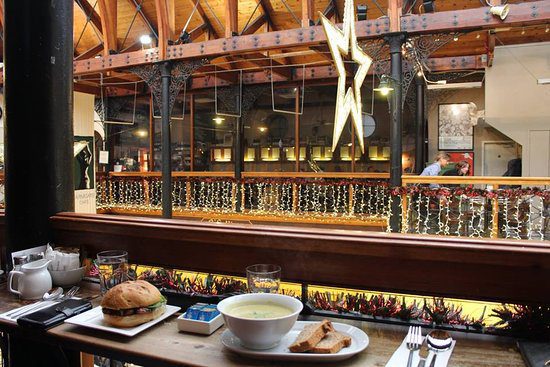 Cork Harbour Festival, 2nd-10th June
Taking place in the second largest natural harbour in the world, the Cork Harbour Festival is a celebration of Ireland’s unique maritime culture and heritage. It attracts thousands of spectators and participants over the June Bank Holiday Weekend and the following week, connecting the city and coastal communities. The festival features dozens of exciting events – both on and off the water. The flagship event of the festival, Ocean to City – An Rás Mór draws hundreds of participants from all over the world competing in everything from traditional wooden boats, currachs, gigs and longboats to Chinese dragon boats, kayaks and canoes. More than just a race, Ocean to City represents a personal challenge, a shared effort and a coming together of people who love the water and love their boats.

The English Market
The origins of the English Market trace back to the times of King James I in 1610, some four hundred years previously and has been officially trading since 1788. A mix of traditional Cork fare and exciting new foods from afar, combined with long standing family-run stalls contribute to the unique appeal and atmosphere of this market. Long recognised by locals as a place to meet, eat and shop, the English Market offers tourists and locals alike a tantalising range of Irish food. Culinary delights include quality meats and fish, herbs, spices, fruit, vegetables, baked delicacies and speciality cheeses. Some of the more unique traditional fare includes drisheen (blood sausage), tripe, spiced beef and buttered eggs.

Spike Island
Winner of Europe’s Leading Tourist Attraction at the World Traveller Awards, Spike Island has been host to a 6th century Monastery, and a 24 acre Fortress, the largest convict depot in the world in Victorian times and centuries of island homes. The island’s rich history has included monks and monasteries, rioters and redcoats, captains and convicts and sinners and saints. Today the island is dominated by the 200 year old Fort Mitchel, the star shaped Fortress which became a prison holding over 2300 prisoners. Take the scenic ferry ride from Kennedy Pier, Cobh, and enjoy a fully guided tour of the island and fortress Get captured in the history and mystery of this magical heritage island.

Fota Wildlife Park
Opened in 1983, Fota Wildlife Park is Cork’s most visited Tourist Attraction. The Park is set on 70 acres on the scenic Fota Island only 15 minutes from Cork City.The park is not like an ordinary zoo; here you can come face to face with free roaming animals & birds from all parts of the world. So whether it’s a kangaroo that hops in front of you or a ring tailed lemur which jumps down from a tree, each visit is sure to bring its own fantastic memories.In addition to the wonderful array of free roaming animals, visitors also have the opportunity to see highly endangered species such as the Rothschild giraffe, European Bison, Lion Tailed Macaque and Scimitar Horned Oryx, most of them without the obstacle of fenced-in exhibits. 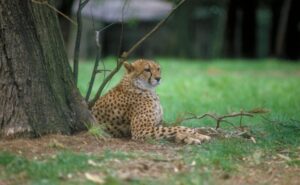 Go Wild Northern Ireland- Steal away to relax on the shores...

989 – The Full lists of Stockists For Go Wild Staycation...