Home Things To Do Ancient East The Falls Hotel . becomes first in Ireland to run on its...

The Falls Hotel and Spa in Ennistymon, Co Clare announced this week that they have become the first and only hotel in Ireland to generate power from its own hydroelectricity plant.

The management team of The Falls Hotel, originally owned and operated by Dan McCarthy and now run by his sons Michael McCarthy (General Manager) and John McCarthy (Deputy Manager), says they’re reaping the benefits of a large-scale hydro turbine project which harnesses energy from the adjacent River Inagh to create a sustainable power source that will serve the hotel for many years to come.

The project, spearheaded by Dan, Michael, John, and their dedicated team, in consultation with Clare County Council, the Shannon Regional Fisheries Board, and the Department of Culture, Heritage, and the Gaeltacht, has led the family-run property to reduce its energy consumption by 830,000 kWh of electricity in the 12 months since the turbine was commissioned.

This counteracts the emission of an estimated 550 tonnes of carbon – the equivalent of offsetting three return trips, by car, to the moon.

The landmark project kicked off in 2016 and reached completion in late 2018. The water turbine has been powering the hotel ever since, and in the 12 months since it was first activated in its new-and-improved state, it has assisted the property hugely in significantly lessening its reliance on carbon fuels and subsequently reducing its carbon footprint. 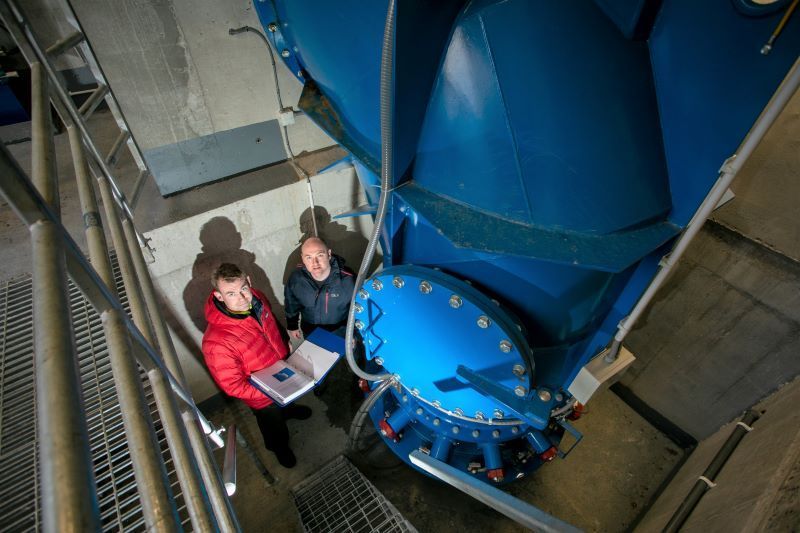 Michael McCarthy, General Manager of the Falls Hotel & Spa, said: “We’re so excited to be able to share this good news story with the world and are incredibly proud that our efforts are showing such positive results.

“The water turbine has now been in action for a year and after this significant period of time, we can weigh up the results and really see the astounding difference its presence makes – and will continue to make – to establishing our property as a haven of sustainability. We pride ourselves on being eco-friendly across the board and our decision to rely heavily on hydroelectricity has taken this commitment to the next level.”

“Our location in one of the most scenic, unspoiled parts of the country has certainly made an impact on our operational policies, as we are keen to do everything in our power to preserve such natural beauty for generations to come.”

The Falls Hotel has long been dedicated to being environmentally aware and proactive. Some 60 years ago, then-owners John F. Wood and his wife Bridget added a 30-kWh hydroelectric plant to the site to harness power from the River Inagh. In 2016, the McCarthy family transformed it into a 220-kWh hydroelectric turbine, with the capacity to power the entire hotel and leisure centre.

The property also boasts numerous wildflower areas, which provide integral pollination for the occupants of the two beehives that are located on-site.

The team are proud members of the Burren Ecotourism Network, which focuses on promoting responsible tourism for the nearby Cliffs of Moher and Burren UNESCO Geopark. They also adopt green initiatives in-house to benefit guests and the environment, with a ban on the use of plastic straws and cups, chemical-free cleaning products in use throughout the hotel, and an electric car charging point available for guests’ use. 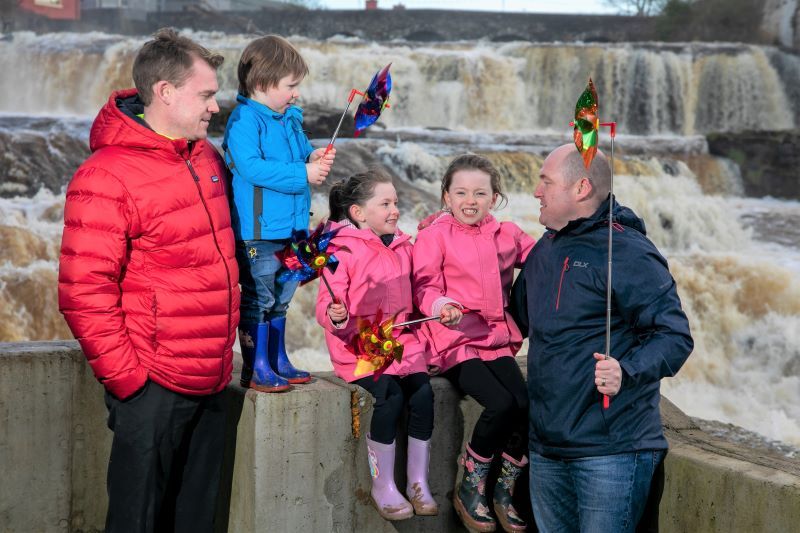 The McCarthy family at the Falls Hotel

For further information or to make a reservation, visit the Falls Hotel website, email sales@fallshotel.ie or call 065 7071004. 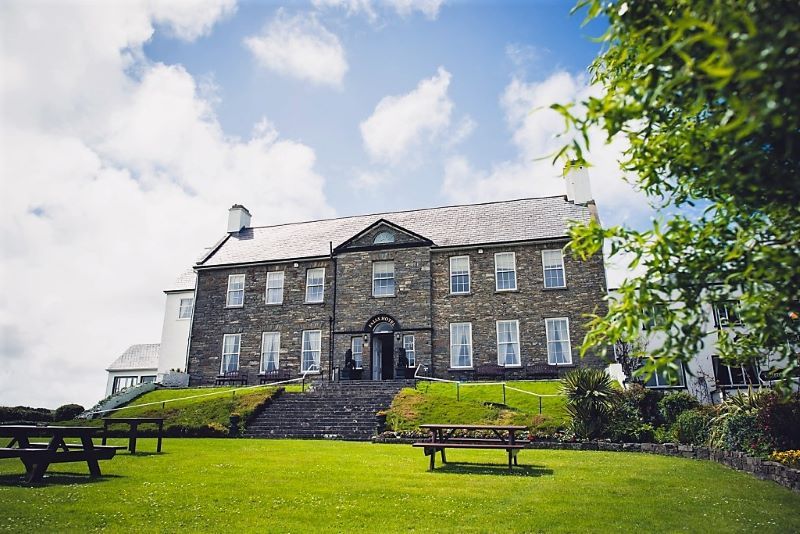 The front of The Falls Hotel

Oakfield Park in Donegal Re-Opens for the Season

“A day in the life of” Brighid Mc Laughlin, journalist, storyteller,...