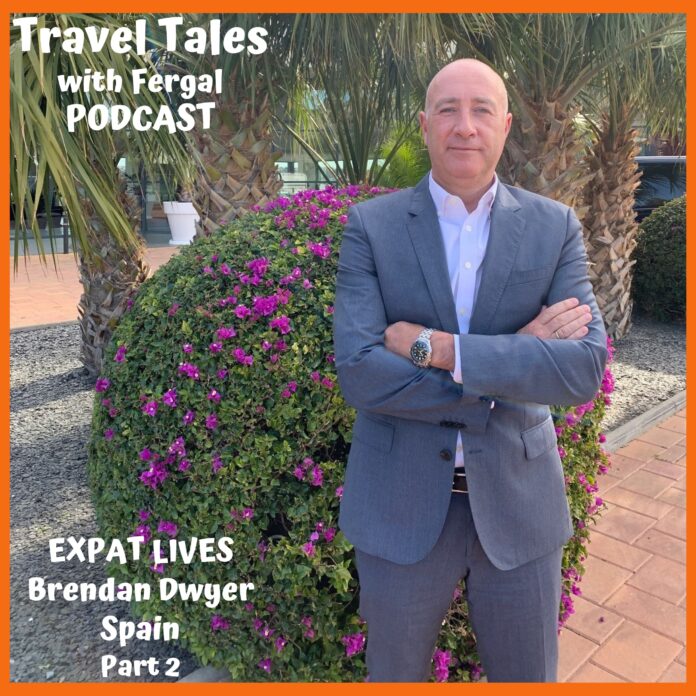 The top international hotelier and Clareman, Brendan Dwyer living in Spain says that “this is a very harsh and short term strategy by the Irish government when looking at tourism” when compared to the attitude in Spain.

“The airline industry is crumbling. The airlines are clambering for support for a reason. They are dying. The travel sector in Ireland and the UK is the forgotten industry. But this problem is short term. I understand as an island you need to protect your borders, but the travel industry has been forgotten about in Ireland.”

Speaking on the Travel Tales with Fergal Podcast, Irishman Brendan Dwyer, said “Why can’t you look to the summer like the Spanish do. Why shouldn’t the Irish be allowed to travel in July or August? You have been locked down for practically a year. It is not positive for your country, for your mental health and not positive for your economy”.

“The language around tourism is a little toxic in Ireland where you nearly can’t talk about travel. That is being driven by the Irish Government and has been from day one. Everything is statistics and mortality rates, and it is very sad that death is classed as just a statistic. But that action alone has created a bit of psychosis in the Irish consumer towards the tourism sector. The positive connotations of tourism have been killed by the scaremongering from the Irish government. The Government is being way too short term in Ireland”.

“The vaccine roll out will be ramped up from Easter so why can’t you look towards the summer. In Spain we are looking to July and August to open the borders to invite international tourists into the country again”.

Brendan Dwyer who lives in Murcia and is GM of the La Finca Resort in Alicante, Spain. He has worked for over 20 years in some of the most iconic hotels including Vice President of Global Sales for Hyatt Hotels.

“The Spanish Government has listened to the cries for help over the last year from our industry. Spain is so dominant in the tourism industry but also so reliant on it. The Spanish economy can’t survive unless we go for it and it is deemed to be safe enough for that to happen in July”.

“The lockdown restrictions have started to be removed in the last few days, So, there is slight relief in the country but there is strong optimism in Spain. Everything revolves around tourism because Spain is so reliant on tourism”.

Brendan talks about having to close his hotel last March and how difficult it is for expats who can’t get back to Ireland to visit family.

“We shut up shop on the 17th of March, St Patrick day, which was a bit bizarre for me. We opened for July and August and closed again in September. It is very eerie to go there now and see a beautiful 5-star hotel closed. And sad to see 120 workers and families without work. We have all rationalised this Covid thing to some extent, but the whole mental health thing hasn’t been dealt with.  The word is not embarrassing but you are shy to talk about it. You wouldn’t have a chat with friends and family but of course, it affects you. I went to Alicante airport twice and it is the eeriest place. The airport is a travel hub and the 4th biggest in Europe and it is dead. There is no one there now. I miss the freedom of travel”.

“We actually had the Wuhan football team staying with us when we closed. Rafa Benitez is their manager. They were tested on a daily basis and we were given assurances by Spanish and Chinese doctors. It was quite bizarre having them at the height of the pandemic.  Rafa said they were happy to be able to avoid what was going on in china. He said Wuhan had become a prison”.

“I haven’t been to Ireland for a year and it is hard not being able to see my dad. I normally fly into Kerry Airport and I miss seeing the smile on the guard’s face when looking at my passport. It was brought to a head at Christmas. The expats who want to come home can’t. Home is home and Ireland is so special. I miss it to be honest with you”. 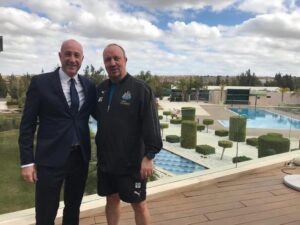 When asked where he will travel to first when things open, Brendan said “It will be a quick recovery, because unlike recent recessions everyone will want to travel and get away. For me it will be a trip to Ennis and Killarney to see my Dad. It is the longest time I have ever been away from Ireland”.

Talking on the Travel Tales with Fergal, Brendan really captures the manic world of the global hotel business as he gives an energetic, charismatic tour of working all over the world including London, New York, Cairo, Istanbul, Madrid and Murcia to name just a few. Brendan’s love of travelling and passion for the hospitality sector really shines through in this podcast.

Fergal O’Keeffe is the host of Ireland’s No.1 Travel Podcast Travel Tales with Fergal which is a weekly interview series listened to in over 50 countries. He interviews a special guest about their travels, adventures and experiences living abroad. The guests all have inspirational stories that enable people to armchair travel in their imagination. 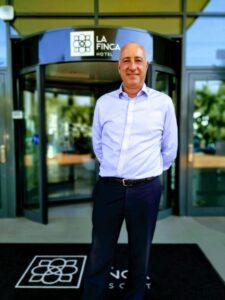 Travel Tales with Fergal presents The Pantibar owner Rory O’Neill, giving his first-hand views on the devastating effects of the lockdown restrictions on...

Claire Keay is the Managing director of TaxSaver Bikes, your smarter way to travel based in Dublin but looking after your company by offering...

Boann is the toast of the drinks industry after scooping the global accolade in the World Whiskies Awards. The honour, Best New Make and Young...

Article by Cate McCurry Slane Castle looks set to bring live music back with a bang with a double summer concert in 2022. Castle owner, Lord...

“A day in the life of” Breda McCague, An ex-Army Officer, Co-Founder of Lean-In...

Having worked in Global Financial Services for 20 years, Breda integrates her passion for Emotional Intelligence and Diversity & Inclusion alongside her corporate career. Q...

Get ready! Great Blasket Island job posting for 2021 to go...

Our “A day in the life of” Interview this week is...