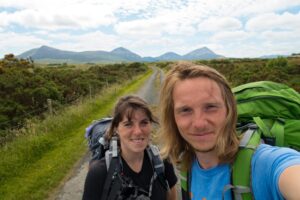 On the 17th of April 2017, Ellie Berry and Carl Lange handed back their apartment keys and stepped out their Dublin front door for the final time. Walking across the city they came to Spencer Dock, where the Royal Canal meets the River Liffey. Turning west, they began the Royal Canal Way, a trail that follows the well-worn banks of Ireland’s longest Canal from inner-city Dublin to the banks of the River Shannon. This was the start of their Tough Soles project – to walk every National Waymarked Trail in Ireland.

The National Waymarked Trails of Ireland are a collection of long-distance walking trails, with trails ranging from less than 50km, to over 200km. Over the following three years Ellie and Carl walked over 4,000km along the 42 trails that were on this list, taking in famous routes such as the Wicklow Way, and lesser-known hidden gems like the Slieve Bloom Way. What started as a crazy idea turned into a passion project to share these amazing trails with more people through videos, social media, and blog posts. Their hope is that through sharing their experiences and adventures in Ireland’s hills and heritage, they can inspire more Irish people to explore the amazing places that Ireland has to offer. 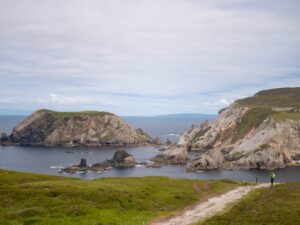 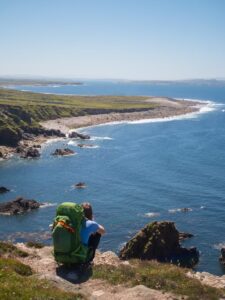 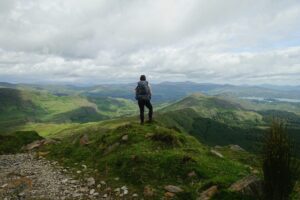 A family-run distillery in Meath has become the first in Ireland to win a prestigious award for the best new make whiskey in the...

Claire Keay is the Managing director of TaxSaver Bikes, your smarter way to travel based in Dublin but looking after your company by offering...

Boann is the toast of the drinks industry after scooping the global accolade in the World Whiskies Awards. The honour, Best New Make and Young...

Article by Cate McCurry Slane Castle looks set to bring live music back with a bang with a double summer concert in 2022. Castle owner, Lord...

“A day in the life of” Breda McCague, An ex-Army Officer, Co-Founder of Lean-In...

Having worked in Global Financial Services for 20 years, Breda integrates her passion for Emotional Intelligence and Diversity & Inclusion alongside her corporate career. Q...

Galway voted the friendliest city in Europe – and No. 2...